IT TAKES GREAT INSTRUCTORS TO MAKE A GREAT ACADEMY STAFF!

Josh won a Gold Medal in the Keystone State Games in 2000. In 2002 he was ranked the #2 player in the state of Pennsylvania and #149 nationally by "Baseball America Magazine" and Perfect Game. He was selected as an "Elite Top Prospect" by "Collegiate Baseball Magazine" twice, in 2001 and 2002.

As a varsity high school player he was selected to the Suburban One All League Team, The Doylestown Intelligencer All Intel Team and was also a Carpenter Cup Player in 2002.

Josh has played in collegiate baseball leagues and semi-professional leagues where he has won League MVP and Cy Young Awards for both hitting and pitching.  He provides instruction in hitting, pitching, throwing and fielding. Josh is the current Head Coach of our Team All American Showcase Team.  He is also an NPA East Associate Coach,  Director of the Academy NPA East Affiliate Program, Certified NPA (National Pitching Association) Biomechanics, Functional Strength and Nutrition Coach. Josh is also an Academy certified three dimensional motion analysis coach.

Josh is involved in player development, strength and conditioning, speed and quickness programs, college recruiting and IT Management for the Academy. 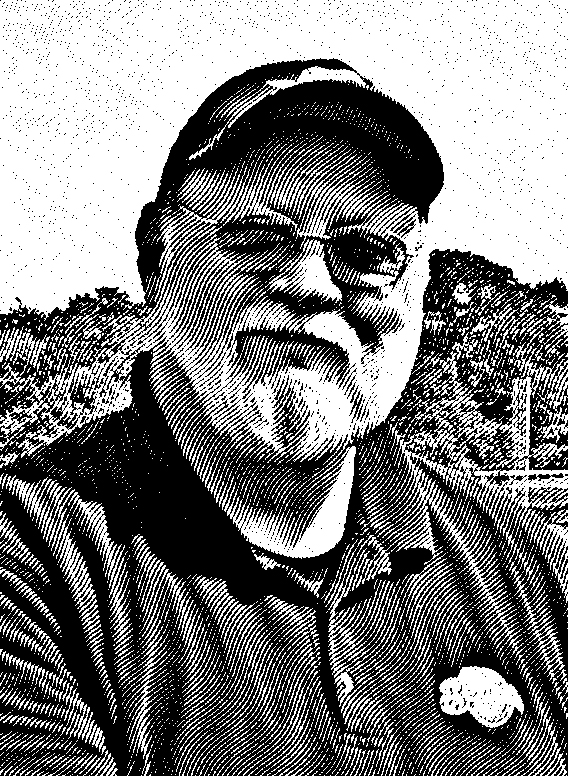 Sam is an owner, Academy founder and General Manager of The All American Baseball Academy. He is a  Director of the Academy NPA East Affiliate Program, and an NPA East Associate Coach, Certified in National Pitching Association (NPA) Biomechanics, Functional Strength and Nutrition. He is also an Academy certfied coach in three dimensional motion analysis. Sam has coached at the Collegiate and Semi-Pro level. He is a current Coach of Team All American and the Academy "STARS" Showcase Tournament Teams. Masters Degree from Rochester Institute of Technology. He is a former Assistant Professor and Department Chairman at NCCC. He coordinates Academy events, showcases, tournaments, camps and clinics throughout the year. Sam also works individually with Academy members and parents throughout the college recruiting process. He is also the inventor/designer and manufacturer of the innovative 3DKZONE, a training device for pitchers and umpires. 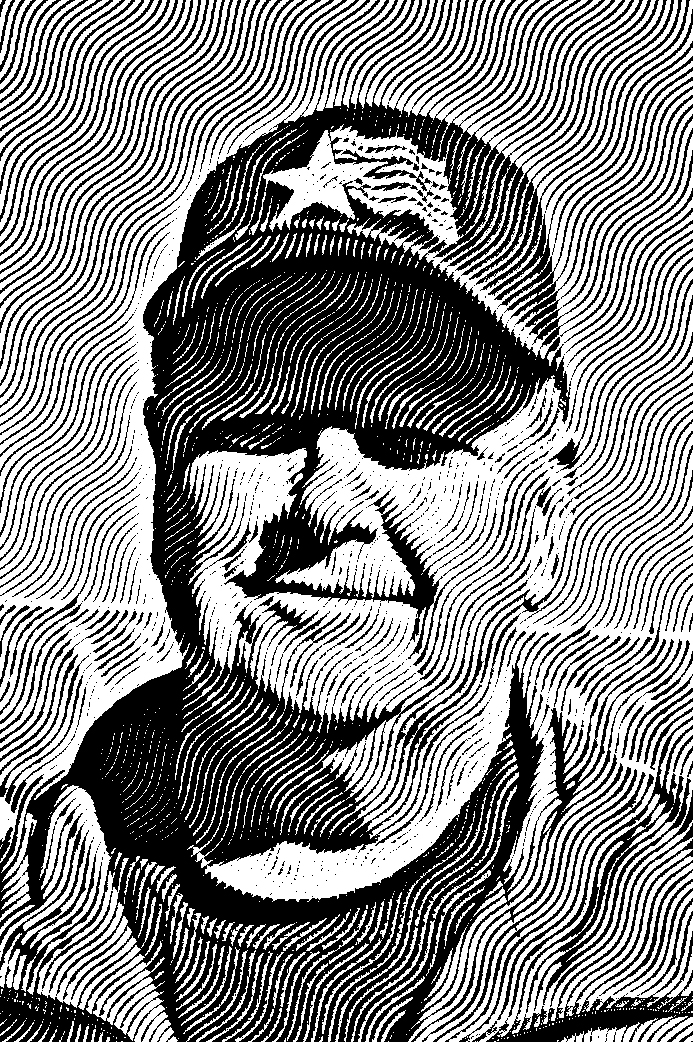 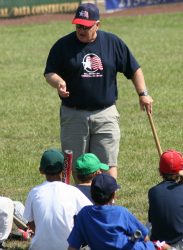 A Graduate of Temple University, with a Masters degree in health and physical education, Bob is a former Head Coach at Division I, LaSalle University, Head coach and teacher at Olney High School. Over 30 years of experience coaching junior high, high school, college and semi-pro baseball, Division 1 MAC College Conference Coach of the Year in 1989 when he led the Explorers to the ECAC Regionals. He is a  former Director of Suburban Baseball Clinic. Bob is a former Academy owner, founder and Academy hitting coach. He also works with Academy catchers. He is a highly respected clinician and is often asked to be a keynote speaker at symposiums. Bob also conducts coaching clinics throughout the tri-state area. In addition to his other responsibilities, Bob instructs Elite, woman's softball players. His students dominate the local scene. Many receive full scholarships to some of the top level Division I schools in the nation for baseball and softball. 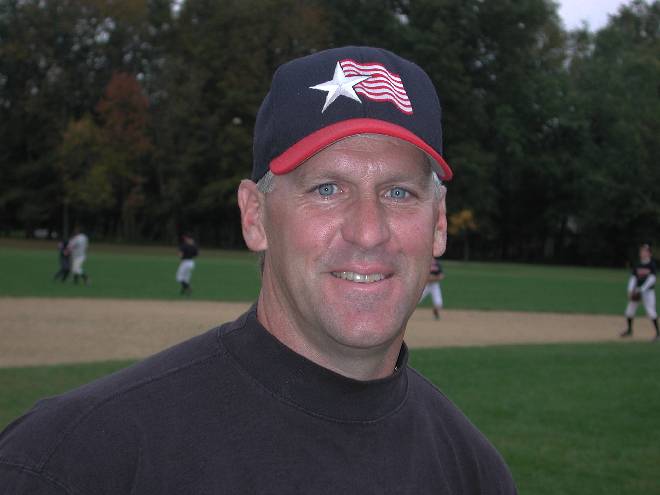 Tom is the Assistant Pitching Coordinator for the Pittsburgh Pirates.

As the Pitching coach of the Pittsburgh Pirates AA affiliate, the Altoona Curve, Tom helped the team win it's first ever Eastern League Championship.

A Former Reading Phillies Pitching Coach, and Academy Clinician, Tom Filer- was a former pitcher with the Cubs, Mets, Brewers and Blue Jays. He was a pitching coach for 9 years with the Norwich Navigators - New York Yankees AA affiliate and was also with the Toronto Blue Jays AAA ballclub for a year as the Pitching Coach of the Syracuse Pilots. Tom has also coached for the Philadelphia Phillies at Lakewood, New Jersey and for the Reading Phillies. Tom has helped develop pitchers such as Cole Hamels, J.A. Happ, Randy Wolf, Gio Gonzalez, Carlos Carrasco, Ryan Madson, Kyle Kendrick, Brett Myers, and more!  As a big leaguer Tom won 22 games. Tom works with a select group of six top ranked area pitchers during January and February in the Elite Major League Pitching and Catching Clinic. Tom has worked with the many of the top pitching prospects in the Phillies organization. He is currently the also the former coach of the Indianapolis Indians the AAA affiliate of the Pittsburgh Pirates organization. 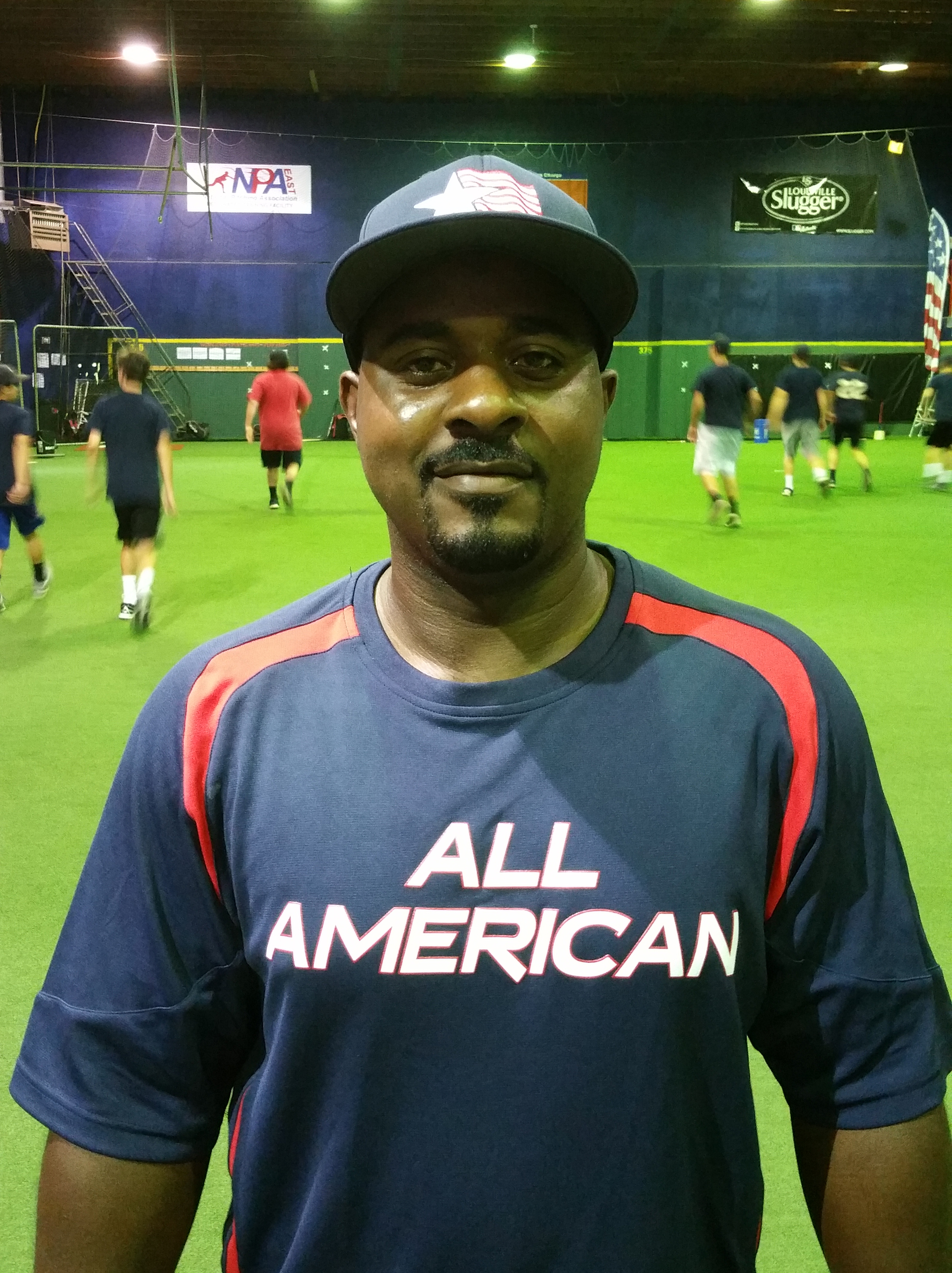 Coach Evans graduated from Morehouse College in Atlanta, GA, with a Bachelor of Arts degree in History. He was a four year starter as well as an All Conference player his senior year. As a high school player he was a four year varsity player at Paul VI Catholic High School in Fairfax, VA. He was an all-conference player as well as a member of the Virginia state championship team which finished ranked nationally. Coach Evans will coach an Academy team and work Academy programs throughout the year. He will also be available for private instruction. 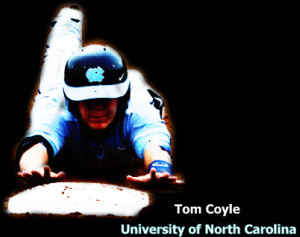 Drafted as a Junior by the Tampa Bay Rays 16th round in 2012. Tom is a Member of the All American Baseball Academy Hall of Fame and first started training with us when he was 8 years old. In 3 seasons with the UNC Tarheels, Tom hit .280 (201/718) with 7 HR and 46 stolen bases.  Tom made an immediate impact with the Hudson Valley Renegades (Tampa Bay Rays Low A), scoring the third most runs in the league and earning an MiLB.com Organization All-Star honor. In his first season in High A ball, Tom took home another MID Mid-Season All-Star honor with the Bowling Green Hot Rods (A Affiliate). He went on to finish with a .278 batting average, 40 stolen bases and 24 doubles. Tom now works with our Elite Teams in the offseason. 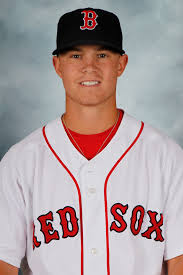 Started training at the Academy when he was 7 years old. Sean is an Academy Alumni and member of the Academy Hall of Fame. He went to Germantown Academy. Played for Team USA and won a Gold Medal, Signed with the University of North Carolina, Drafted out of Germantown Academy in the third round by the Boston Red Sox in 2010. Played Rookie Ball with the Gulf Coast Red Sox. Played A Ball with the Greenville Drive, Played High A ball with the Salem Drive, Played AA ball with the Portland sea Dogs, Currently with the AAA Pawtucket red Sox. Sean is currently with the Angels organization. 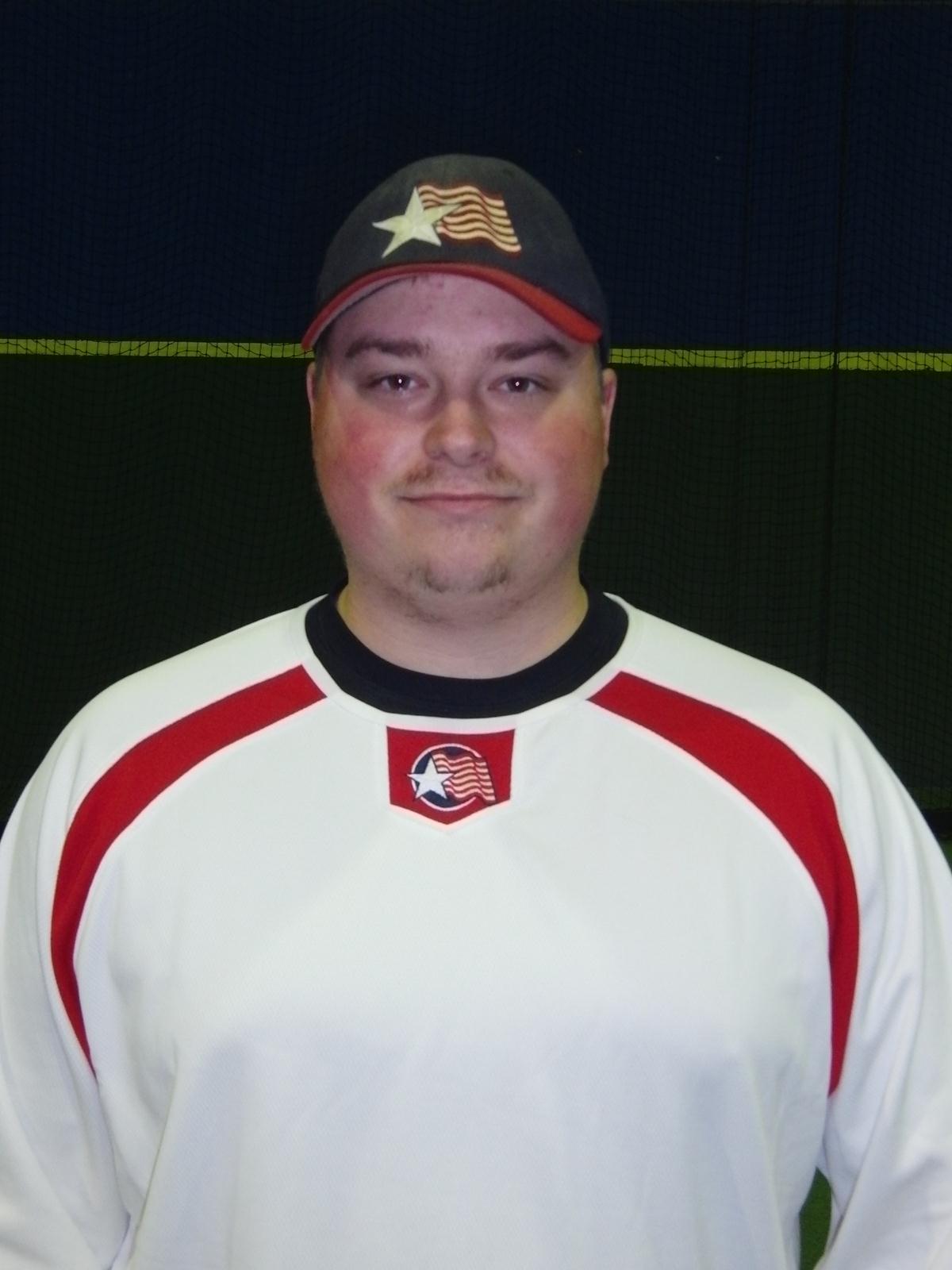 Mike Boyland
An Academy Hall of Fame member. Michael is a former Division I scholarship player at St. Joseph’s University. He was a 2 time Carpenter Cup Selection. Michael works with the year round Academy program as well as many camps and clinics. He is also a coach for the STARS summer and fall elite tournament teams.
Jonathan Gyles
Jon is an Academy Hall of Fame Member. A former Division I scholarship player at LaSalle University, Jon was named Philadelphia Big 5 Player of the Week (2/24/10)...Atlantic 10 Player of the Week (4/19/10) and named to the All Big 5 Team for 2011- batted .343 on the year. Jon had an amazing 43 game on base streak from the end of the 2010 season through the 2011 season. He hit 39 doubles and drove in 104 runs for the Explorers in his 4 year career. He only committed 2 errors in his senior year at 1st base (.995 Fielding Pct in 375 plays). Jon works with the Academy Elite travel teams.

Ryan Is an All American Baseball Academy Alumni. He was an Under Armour Preseason All-American, a First Team All-State selection, North Penn Reporter High School Player of the Year and a four-time All-League selection at Christopher Dock High. He played in the 2008 and 2009 Carpenter Cup. Ryan played two years at Louisville and then transfered to Liberty University. In 2014 Ryan was selected as the Big South Player of The Year and he was drafted by The Anaheim Angels in the 17th round (509th overall pick). 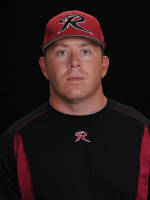 Pat Horvath,
is the Head Coach at Philadelphia University. Coach Horvath was an assistant to Bary Davis (Head Coach) at Rider University during the 2010 season in which Rider won their conference and went to the college world series. Previously, Coach Horvath was from Santa Fe High School (Florida), where he served as the head baseball coach.  Coach Horvath has also coached at San Diego Christian College, Texas A&M-Corpus Christi and Palm Beach Atlantic University. Horvath was a two-year starting catcher at Palm Beach Atlantic after playing two seasons at Faulkner State (AL) Community College. Pat  instructs in the year round Academy program, and in off-season and pre-season clinics. Coach Horvath teaches hitting, catching and fielding. 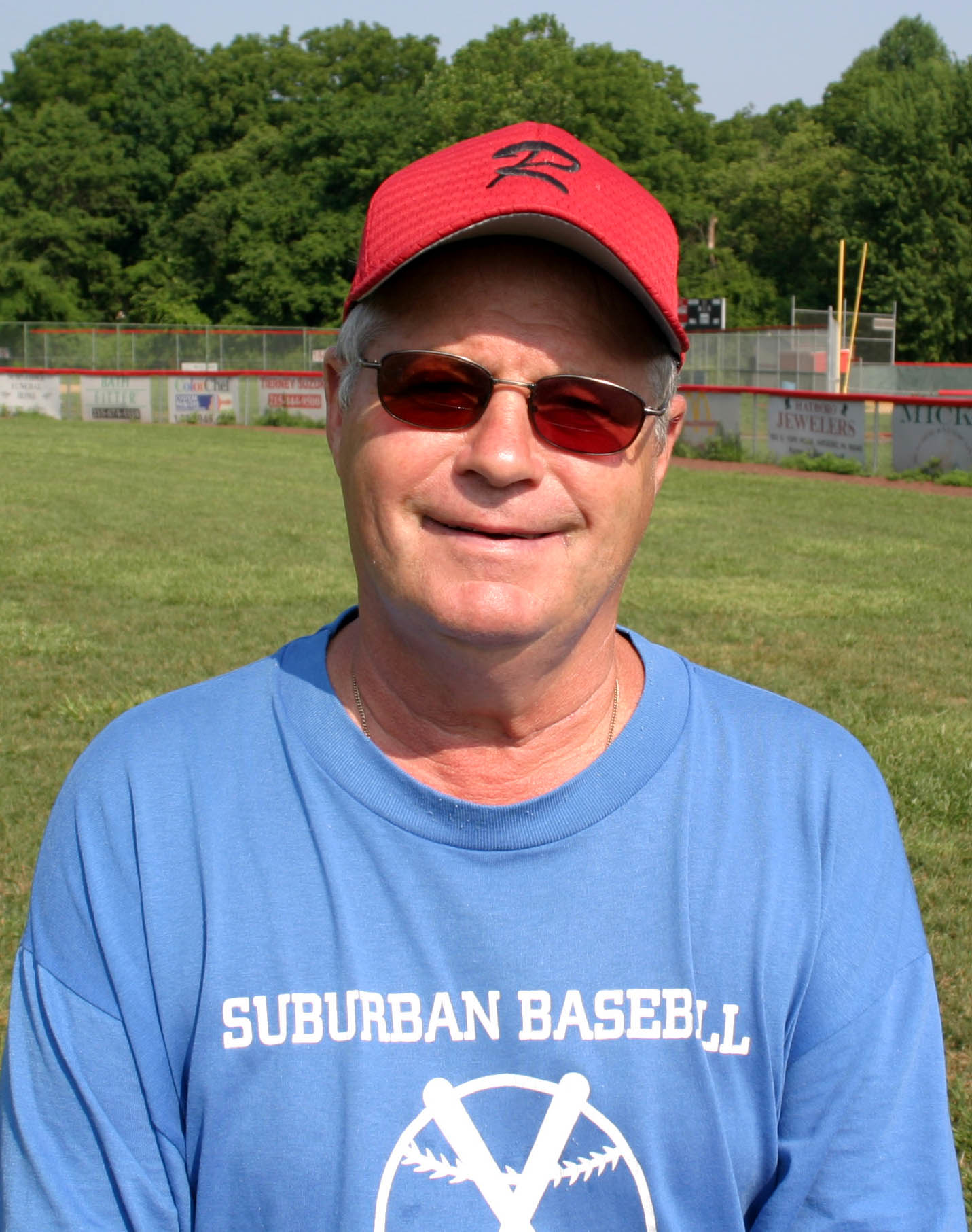 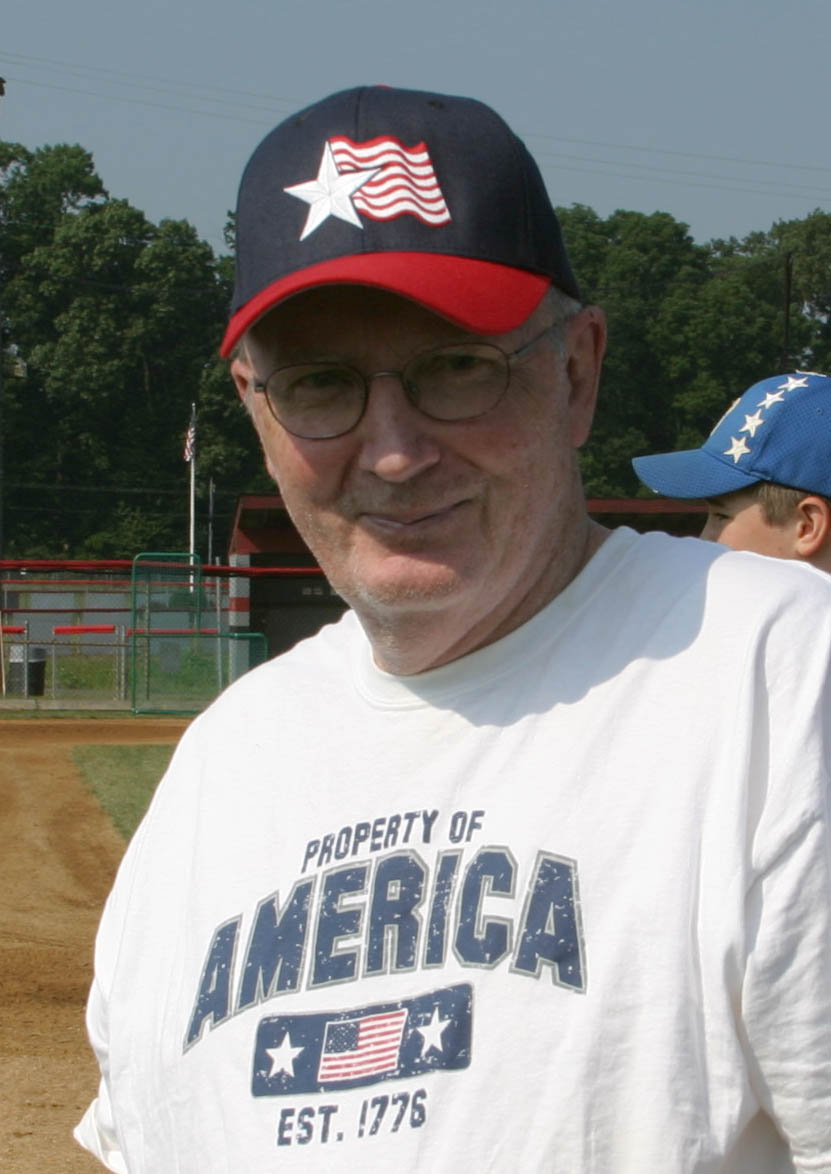 Don Lordan
Former pitcher in the Milwaukee Braves organization, Don was an All American pitcher at Lafayette University and pitched in the College World Series. Don works in Academy camps and clinics. 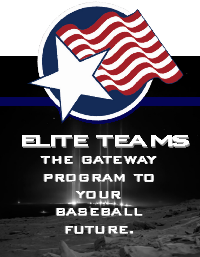 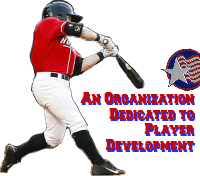 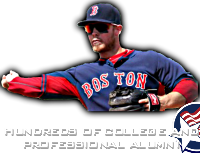